According to the Premier League’s official website, the poll was organized to recognize the impact Nigerians have had in the EPL since inception knowing that Nigerians like Odion Ighalo, Alex Iwobi, Wilfred Ndidi, Kelechi Iheanacho and Isaac Success are currently lighting up the league. 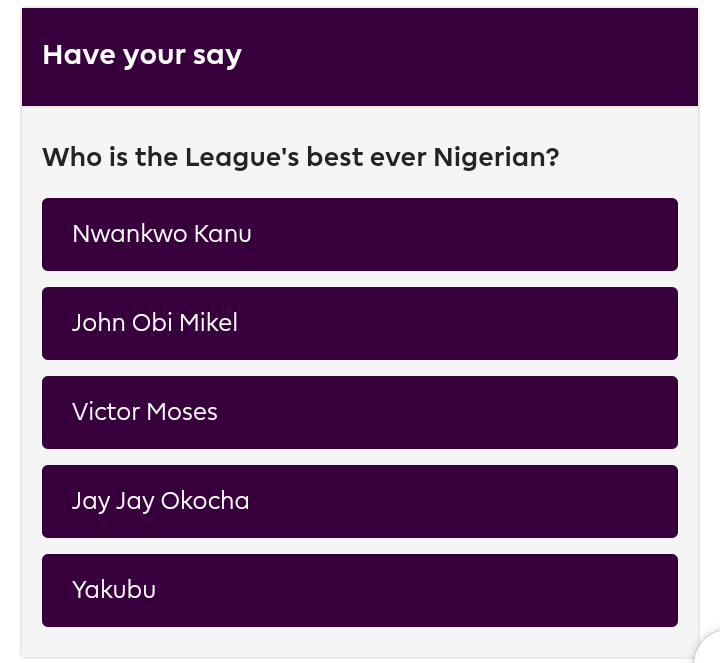 “Some exceptionally gifted players have come from overseas to light up the Premier League, and we are celebrating the talent that has arrived from some selected nations.””

“We are looking at the achievements of the Premier League’s top Nigerians, and we want to know who you think has been the best.”

A total of 42 have featured in the Premier League, more than any other African country, with Efan Ekoku being the first when he represented Norwich City in April 1993.”

As at the time of this report, Kanu was leading the voting poll.

READ ME  'I want to fight Mike Tyson, let's give people what they want' - Evander Holyfield says he's ready to take on Tyson 23 years after he bit his ear