Ogoni women in Rivers State today staged a peaceful protest over what they termed the ”continuous detention” of the manager of Prudent Hotel that was demolished under the supervision of the state governor, Nyesom Wike, on May 10.

The Rivers state government on Monday May 25, announced that Bariledum Azoroh, the manager of the demolished hotel, was among the 27 new cases of coronavirus recorded in the State. Azoroh and the other patients have been taken into isolation.

A report that was countered by the owner of the hotel , Promise Gogorobari, who claimed Azoroh is hale and hearty and is currently being detained illegally.

See more photos of the protesting women below 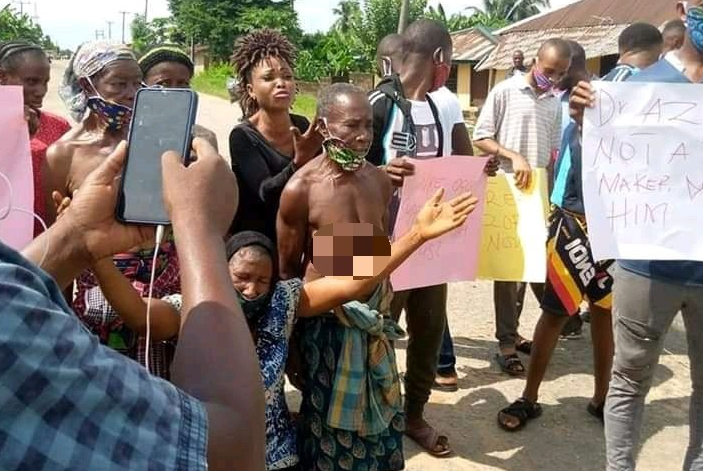 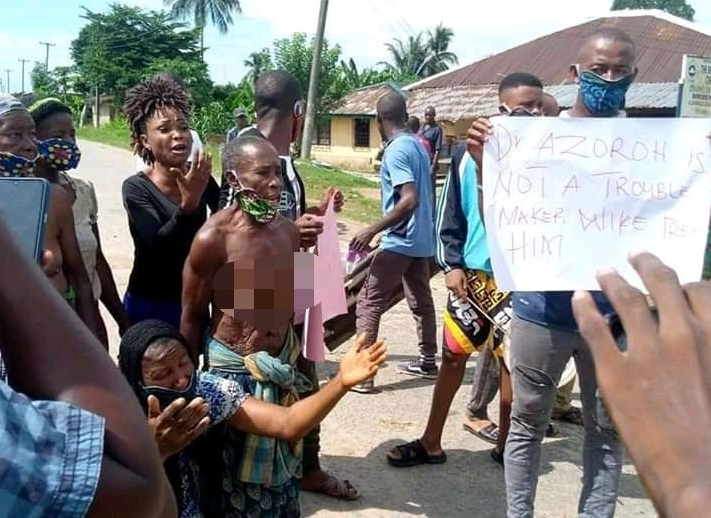 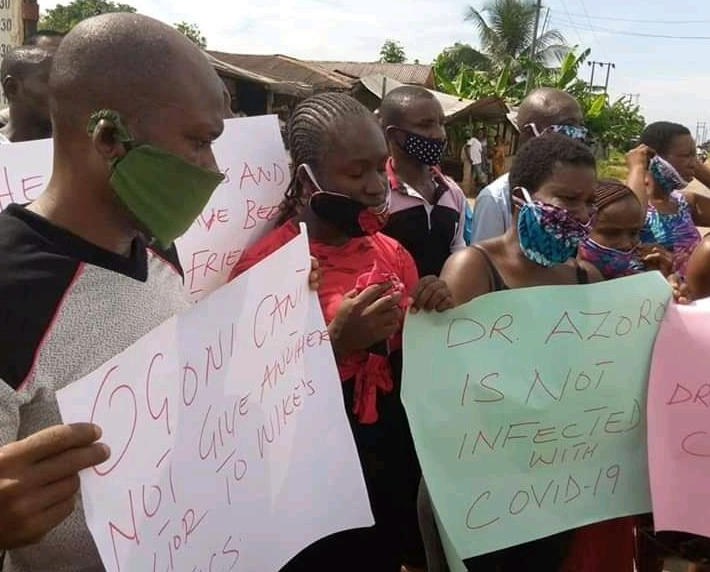 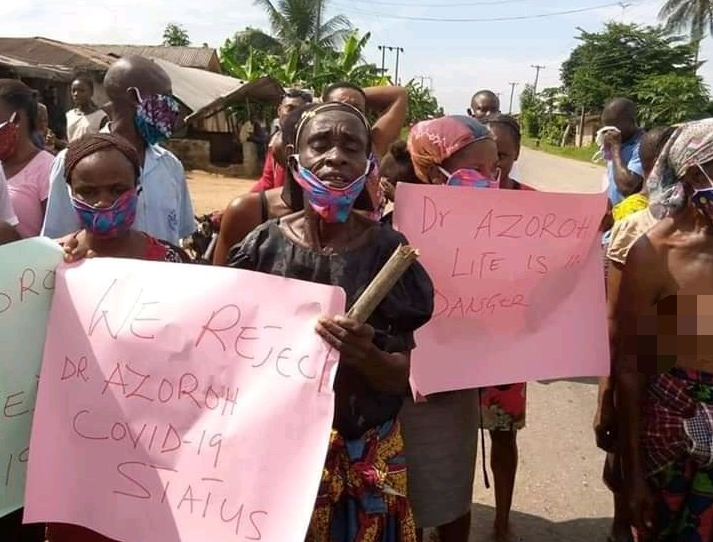