The Abia state police command has confirmed the arrest of a middle-aged man identified as Chinedu Omeonu who killed his cousin, Solomon Monday Orji, in Mgboko Umuoria community in Obingwa Local Government area of Abia State.

It was gathered that one of the Orji’s sons had gone into the compound of his uncle Chinedu Omeonu to pick some fallen mango fruits.

Omeonu allegedly pounced on Orji’s son and flogged the little boy mercilessly to the extent he fainted.

Orji was said to have rushed to his cousin’s house to inquire why he flogged his son to a state of unconsciousness. 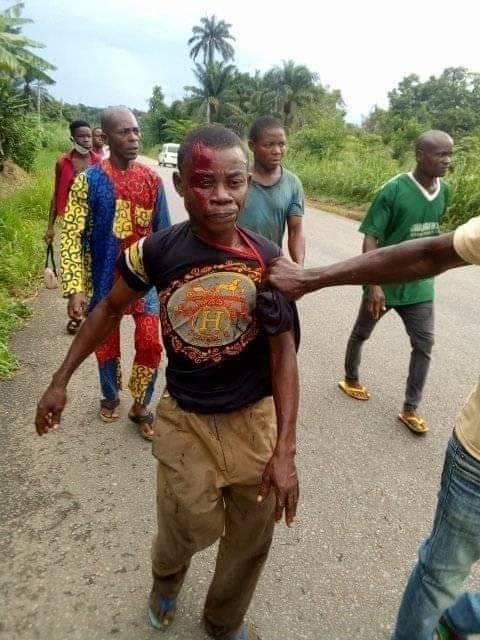 The suspect who got infuriated after being confronted by Orji over the act, attacked his cousin with a cultlass as he was about leaving. Orji died at the scene after Omeonu inflicted machete cuts on him.

Omeonu was subsequently beaten to a pulp by youths of the community before being handed over to the police. 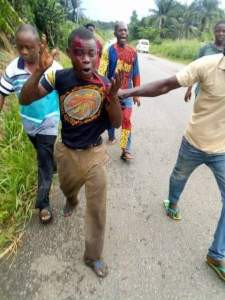 Abia state’s police spokesperson, Geoffrey Ogbonna confirmed the incident and also told LIB that the suspect will be arraigned in court at the conclusion of investigation.

Here are graphic photos below; 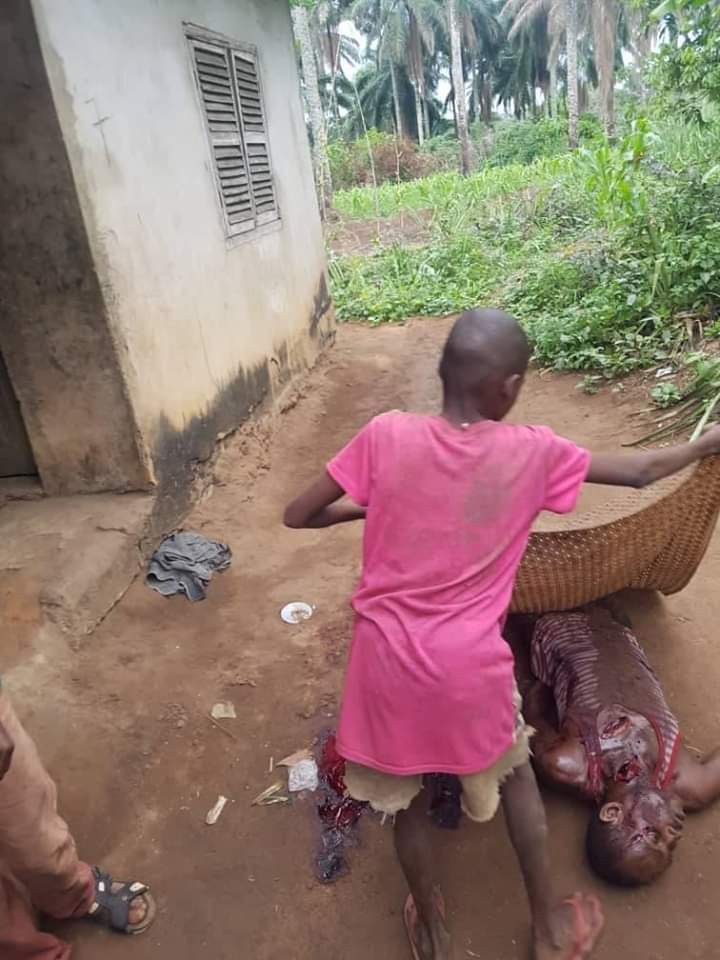 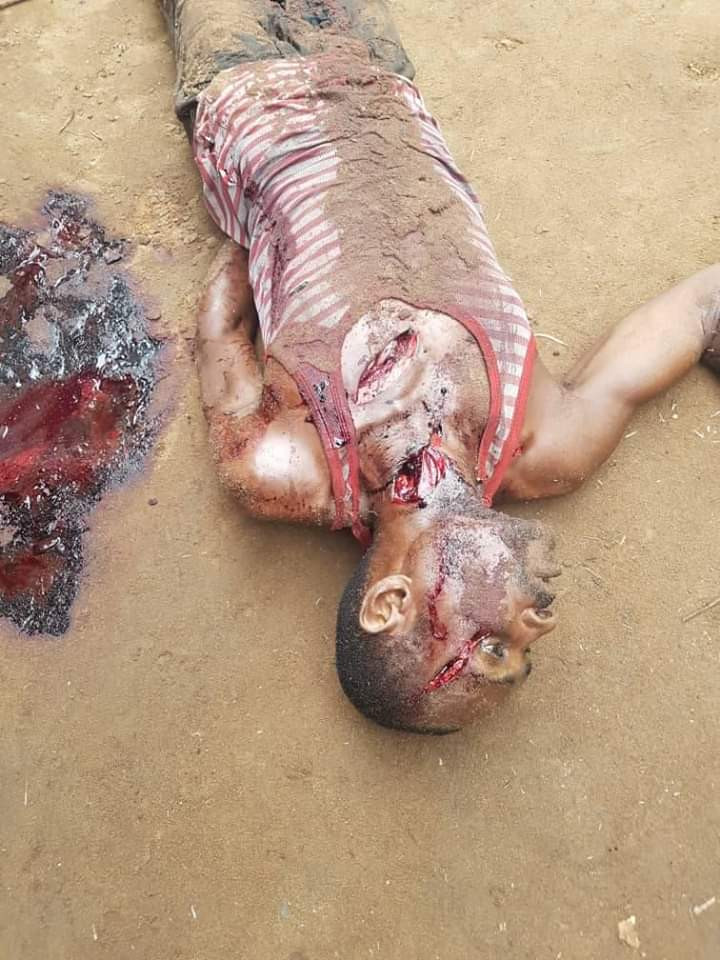