The deceased, Muyuwa Babafumilayo Okpaleye, 40, was shot by the hooded armed men, numbering about four, at a drinking joint at Adekunle Kuye, off Ikate street, Aguda, Surulere, where he was hanging out with his friends.

According to reports, the gunmen parked their Sports Utility Vehicle (SUV) at an adjoining street and followed a footpath that led to the drinking joint. As soon as they sighted Okpaleye in the crowd, two of the men readjusted their hoods and advanced towards the gathering.

On seeing the movement of the hooded men, the crowd, including a relation of a former Lagos Governor, it was gathered, dispersed with people running in different directions.

They were said to have aimed at Okpaleye, shot him and came closer to ensure he was hit by the bullet before fleeing the scene.

All of Okpaleye’s friends allegedly abandoned him, save for one identified as Kunle, who ran back to save him.

He was said to have lifted him up, taken him to his (Okpaleye’s) Honda City Sedan car and rushed to a nearby hospital where doctors confirmed Okpaleye dead on arrival.

Unfortunately for Kunle, the Police at Soloki Station, Aguda invited him for interrogation. He was eventually detained and moved to the State Criminal Investigation and Intelligence Department (SCIID) Panti as a suspect.

Opa, as Muyiwa was popularly called, is the last born in the noble family of one time military administration of Ondo state, Rtd Brigadier General Okpaleye.

Opaleye worked with a sporting outfit called City Sports and lived at Ajose Adeogun Street, Victoria Island, but frequented Surulere where he had a lot of friends.

His friends have taken to social media to mourn his death. 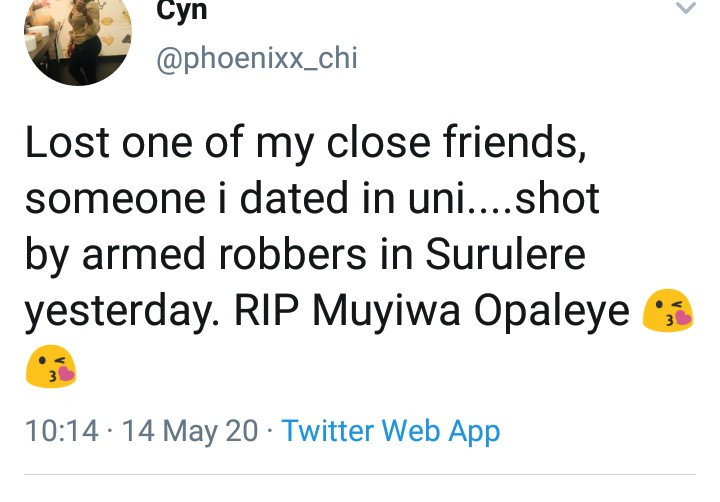 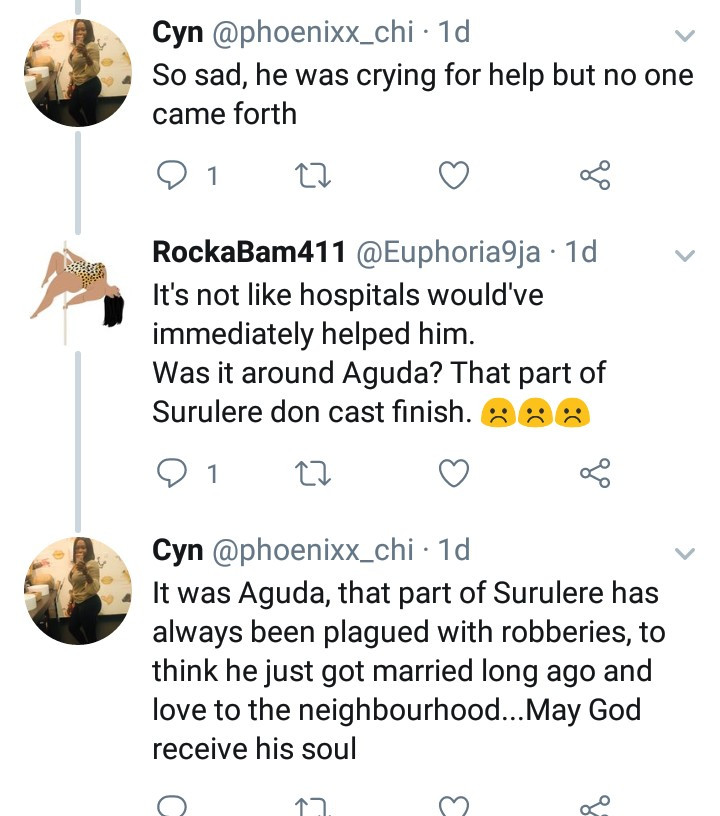 Homicide detectives at SCIID have commenced investigation to unearth the culprits. Also, Okpaleye’s friends who were at the joint are being trailed to get their account of the incident.

A source told The Nation that Kunle was being held because no one has corroborated his account of the incident, adding that there was need for others present at the joint to come forward and state the facts.

It was learnt others who were there might have gone into hiding for fear that the assassination might be cult -related, giving the recurring gang wars within Surulere that has seen two other persons killed in similar manner since last December.