BBNaija housemate, Kiddwaya reveals he paid $8000 for a private jet to get him to Lagos from Abuja for the show (Video)

Big Brother Naija housemate, Kiddwaya is currently the topic of discussion on Twitter after he revealed he paid $8000 for a private jet to get him to Lagos from Abuja for the show.

Kiddwaya was having a chat this morning with his fellow housemates, Wathoni, Tolanibaj, and Nengi when he first disclosed that his friend’s dad is Andry Rajoelina, the president of Madagascar.

He also went to reveal that he paid $8000 (N3.1million) for a private jet to get him down to Lagos from Abuja for the official screening of the Big Brother Naija season 5 show.

When Nengi told him she would have joined him if she knew he was flying down to Lagos in a private jet. Kiddwaya replied that he would have also allowed her to come aboard because he was all alone in the jet with a bottle of wine.

Kiddwaya paid $8k dollars flying a private Jet from Abuja to Lagos for the show. Bruh you got no business inside that house , you should be among the organizers… pic.twitter.com/EXXKMXVLo4 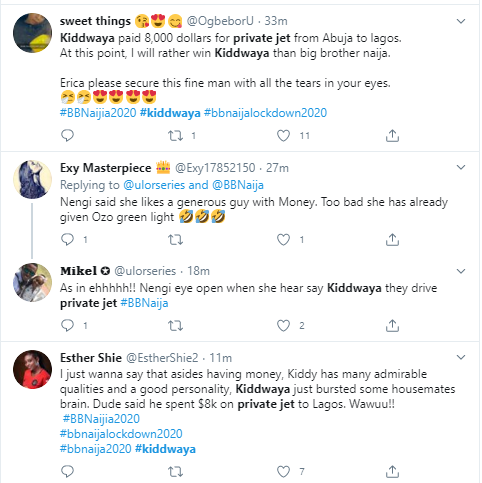 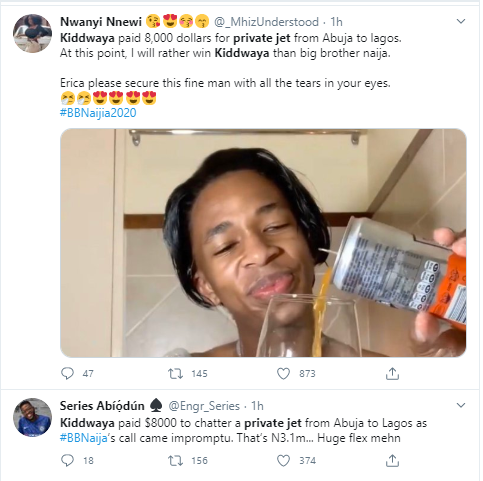 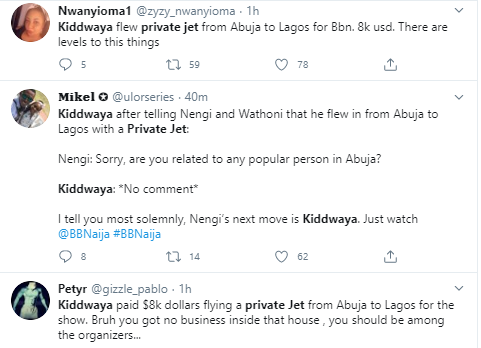 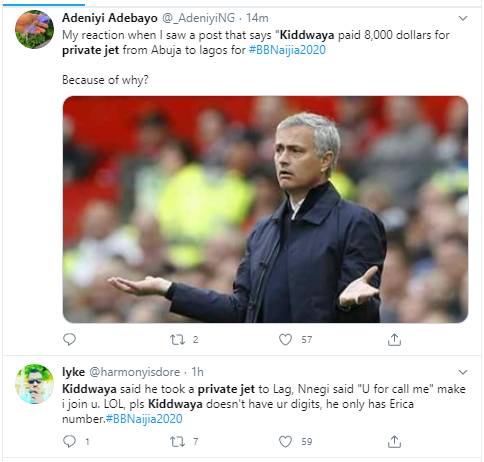 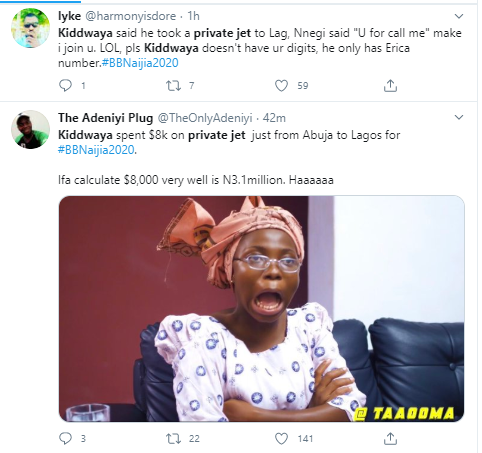 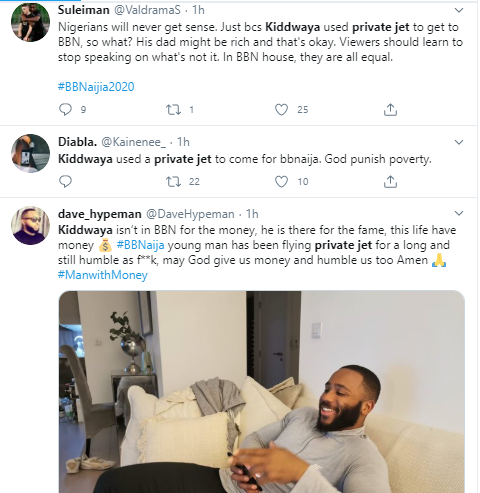 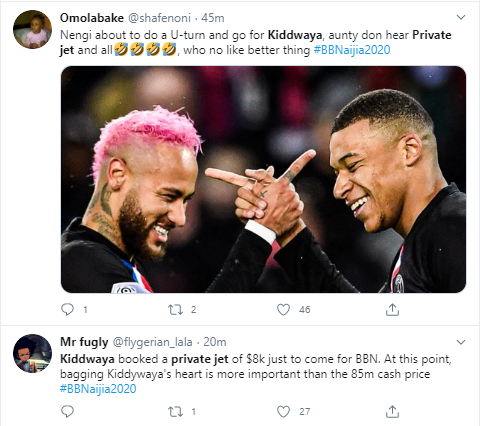 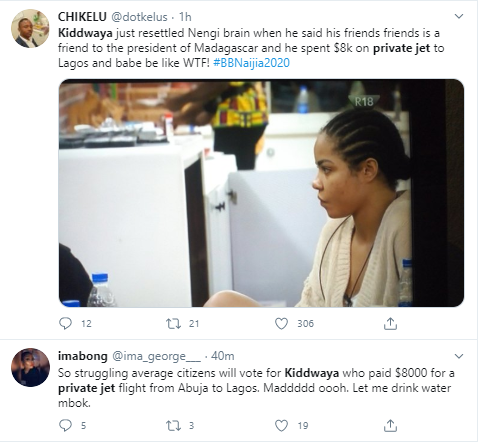 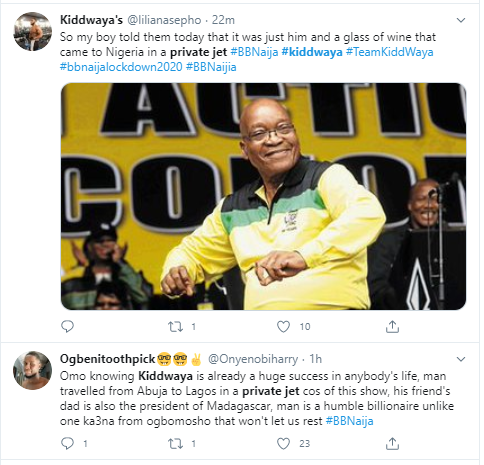 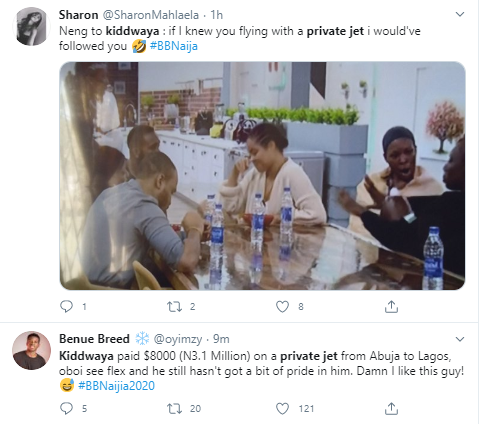 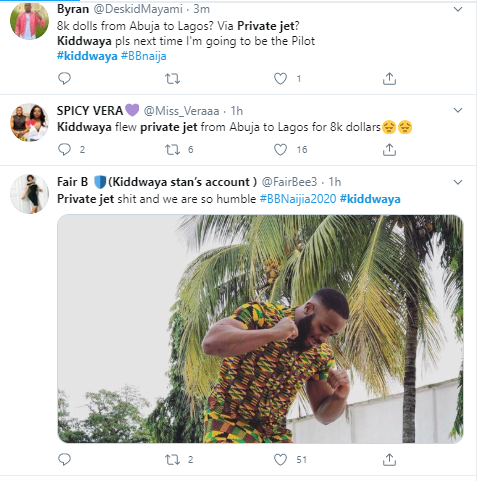 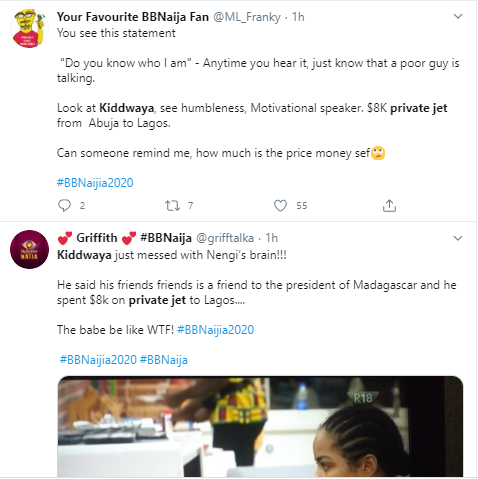 Go Back To The Top

DS MUSIC OF THE WEEK

DS VIDEO OF THE WEEK
Looking for something? Search below